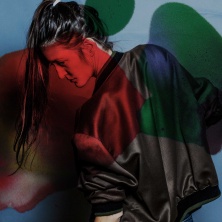 If you book the band, take a look at the stagerider.

Biografia
Bianca Mayer was born on 17 May 1979 in Engadin, where she grew up. From 2000 to 2005, she studied at the Zurich University of the Arts (ZHdK) and finished with a diploma in teaching in 2005. During her studies, she worked on compositions for movies and theatre (for Vitus among others). Towards the end of her schooling, the Engadin woman also began teaching at music conservatories in Zurich, Wädenswil and Engadin. In 2009, Bibi Vaplan, who was by then known to wider public, won the Culture sponsorship award of the Canton of Grisons and in 2014, she enjoyed a grant from the same Canton. In between, she worked as a radio presenter for Radiotelevision Svizra Rumantscha (RTR) from 2013-2014.
Foto stampa
Press Book