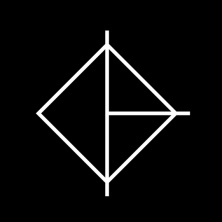 Active in their homebase Switzerland for many years, the debut album "Fight the Static View" was a mere declaration of intent by a talented new band and led to tours both at home and in Germany.

The two fresh single releases "Different Light" and "Speed of Sound" follow this declaration of intent thanks to the powerful production of Reto Peter (Green Day / Counting Crows) and an anthemic, urgent and festival-ready energy.

The new album "Exploring New Stars" was released on September 22, 2017 and celebrated its entry into the Swiss album charts in 20th place. "BRAGGARTS" are back on tour since this spring and are looking forward to a musical stop with you!

Lista canzoni
We prefer to play one set, based on the needs of the event/venue we can vary set lengths (30, 45, 60, 75 or 90 minutes)
Biografia
There it was again, the longing for melodies, guitar riffs, beats. And above all: Spotlight!

That longing burned deep into the brains, so deep that there could be no escape, no excuses! So space had to be obtain to the desire which had to assume shape. First timid and uncertain, but increasingly clear and more defined as time drew on.

Characterised by countless experiences and above all the will to put no limits to the desires. This has formed the band and the sound, which today is called BRAGGARTS:

The pairing of gentleness and pressure, the balancing act between melancholy and psychedelic aggressive, but also parts of desired slant.

Complemented by lyrics which are not going to accept the course of time just with a simple shake of the head but also some reminding hands held high. Rounded off by a distinctive voice it is the overall picture of BRAGGARTS which casts a spell over the listener and won't let him go anymore.
Foto stampa