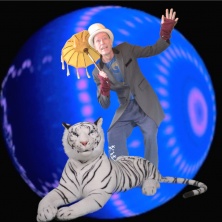 Lista canzoni
- I'm just another yourself
- Blue Eyes
- Insight
- Sad Song
- Simplicity
- We are change (born to be free)
- Sister & Brother
- Shakuhachi Dream
- Only in Case
- Moonburnt
- Freetrain
Biografia
Mainly the repertoire of his father playing the accordeon and popular music on the radio became the centre of Renato's focus.
as he was always banging on cans and crates, he was sent to the musicschool next village, to get lessons in playing drums at young age.

in late 2007
- decided to disconnect with the western world and move to the countryside in asia, to live with wife and her family, far away from everything..

......but he could never stop to create music
- a meditation music project with visualisation, joined by flute player (Dean Olch) from next village
- performing with the accordion with the world music project, called "Astonapai" for one season.
finally turned "back to roots" in Switzerland in late 2010 and started again, in summer 2011 to write songs
Foto stampa