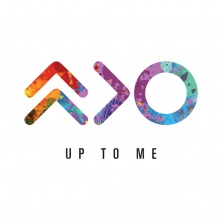 Gabriel and Ivan are enthusiastic, very skilled musicians. And outstanding, gifted composers. Gabriel, the skilled keyboardist and drummer, stands out first and foremost as an eye-catching charismatic singer with his polished seductive voice.
The band was named SINPLUS. A play on words combining sin and plus. Indeed, they both are sinfully good-looking guys but they want the name of the band to be associated first and foremost with the meaning of their songs. From now on every new song should be an enticing beautiful sin and even more.

Lista canzoni
- Love is Free
- Up to Me
- Phoenix
- Unbreakable
- Do You Wanna dance
- Shoot
- One Flag
- Phoenix From The Ashes
- Let It Soar
- You'll Rise Again
- All I Need
- Desire
- Over The Rainbow
- Thank You
- Roll The Dice
- There's Fire
- Turn On The Lights
- Get Off
- The Only One
- Whatever I've Missed It's Gone
- You Got A Nomination
- Scared
- Disinformation
- Happy and Free
- Mrs. Freak
- A Posto Cosi
- Get Control
Biografia
Gabriel and Ivan are brothers. They have made music for longer than they can remember.
SINPLUS were chosen to officially represent Switzerland in the Eurovision Song Contest 2012.
The result is enquiries and reactions from all over the world, especially from those countries where SINPLUS performed: Holland, Belgium, Sweden, the Czech Republic and from Latvia, Moldova, Belarus, the Ukraine or from Portugal.
In less than 6 months they reached 50,000 «Unbreakable» downloads, 3 million YouTube hits, 280,000 Spotify streams and 12,000 Facebook fans.
In 2013 Sinplus recorded their first album as professional musicians. Ivan and Gabriel choosed to record it in London, to get the right inspirations. The result is a 10 tracks album, with fresh and strong melodies and powerful motivational messages..
Foto stampa